When designing this bedroom, Jean-Christophe could not ignore the stunning harbour views that the residents were waking up to every morning. The colours and styles used were chosen to create a luxuriant and inspired setting which reflected and enhanced its surroundings. 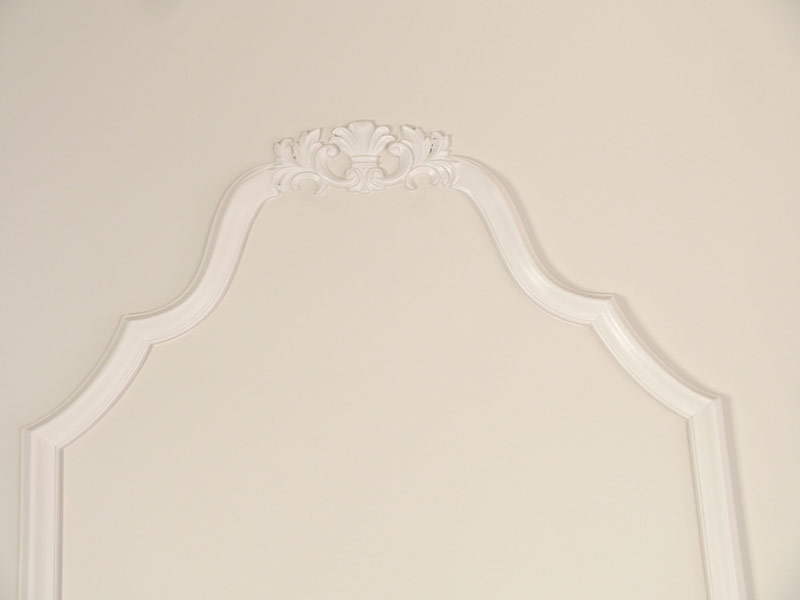 To optimise the natural light within the room, it was decided that the walls would be painted a creamy white colour but as there was a large expanse of walls, it was felt that some interest and feature was needed. Jean-Christophe decided to use Louis style panel moldings, which brought definition to the walls and began to introduce the soft, romantic shapes that the Louis style is synonymous with. The wall panellings were configured with beautiful carvings sitting at the top of each arch of the frame, creating a crown-like illusion that brought about a sense of splendour.

In one corner of the room, Jean-Christophe decided to place two Louis XV salon bergeres, an ottoman and a pretty antique white painted side table on which a dainty arrangement of orchids. This formed a little salon area from which one could sit and soak up the stunning views, read or just relax after a long day. Using small bergeres within the bedroom is a great way of adding warmth, creating a friendly and inviting atmosphere. The bergeres were upholstered in a sparkling pale blue and champagne gold damask, which echoed the colours of the harbourside. The ottoman was upholstered using a matching colour scheme, however using a striped fabric so as not to overstate the damask pattern. The large Louis XV sleigh bed, situated in the centre of the room was finished using a soft white, with the carvings highlighted with an antiquing effect. This magnificent bed was then upholstered in the same fabric as the ottoman, which offered a classic yet romantic feel to the room. On each side of the bed, two Louis XVI three drawer bedsides were placed, finished with the same antique white as the bed and side table. Already a feature in the room, a beautiful commode with floral marquetry, ormolu handles, brass decorations and a gracefully shaped marble top sat against the wall, in between the windows. Unfortunately, over the years some of the marquetry had been damaged. This was personally restored by Jean-Christophe to reanimate the piece, giving it the care it deserved. “Sometimes, I like to do some hands-on restoration work myself, reminding me of the old days in the workshop.” The next step was to find a solutions to a common problem in many bedrooms; finding a place for the TV. The couple living in room did not want it to be prominent within the room, distracting not only from the beautiful furniture, but from the delightful views that gave the room its distinguishing feature. To match and accentuate the commode, Jean-Christophe designed a special cherry wood cabinet, with double bi-fold doors. Brass panels with fleur de lys motifs and a fine brass mesh behind were inserted into the doors. The brass was treated to create a gentle antique look and highly detailed cast brass decoration were fitted to the cabinet, which matched the ormolu handes and brassware on the commode. You can also notice the edging on the top of the cabinet, which was designed to mimic the scalloping on the apron of the commode.

“I’m always excited when I design a totally special piece that has to marry with an antique, as I feel that I enter into a communication with the craftsman and designers of time past.” For the finishing touch, champagne coloured tiebacks with full, voluminous tassels were added to the curtains, and traditional Louis style carvings of acorns were fitted to the curtain rails. This framed the windows exquisitely, doing perfect justice to the impressive Sydney harbour setting. 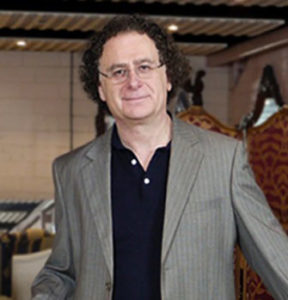